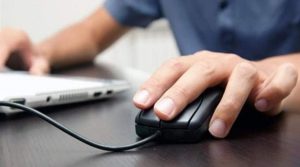 Rising heat undermines productivity. An associate professor at Greece’s University of Thessaly says that companies worldwide have begun to respond to the effects of rising heat, as a result of climate change, on the productivity of their workers.

Andreas Flouris, who has researched workers’ experiences of heat on the job and devised ways to help them, said companies had begun responding to the problem. One reason is that technology has allowed scientists to monitor more closely what is happening to exposed workers and to calculate the financial consequences for employers, on top of growing concerns about the effects on their health. “Now that they are also seeing the impact on their bottom line – the economic costs – they are twice as likely to engage in this,” Flouris said. Heat safety measures have improved, particularly in the construction industry, he said. On a recent project trip to Qatar, which employs many migrant laborers, workers he saw were permitted to take a lot more rest breaks than he had expected.

Workplace and heat researchers told an online event organized this week by the Global Heat Health Information Network (GHHIN) that some governments are now waking up to the rising health and economic threat to their workforce from scorching temperatures, exacerbated in many cases by high humidity. In Cyprus, where summers are very hot, for example, the Labor Ministry has issued a decree allowing workers to down tools when the thermometer hits 30C (86F), a provision that helps protect their rights, said Tahmina Karimova, a legal officer with the International Labor Organization (ILO).

A new report out last week from the nonprofit Natural Resources Defense Council warned of a dangerous confluence of climate stresses and Covid-19 hitting both outdoor and indoor workers in the United States. They include firefighters already battling an active wildfire season in the west, public health nurses conducting outdoor Covid-19 tests, and teachers who may return to classrooms lacking air conditioning this fall, it said. Yet, while governments have obligations to safeguard workers from heat under international occupational health protocols, few have specific legislation to deal with the threat, experts said.

Flouris is working with the Greek government on introducing such a law into parliament in the next year, and hopes it will have a domino effect in other European countries. “The responsibility is obviously in the first place on the government – and then it trickles down to the employers,” mainly via regulation, said the ILO’s Karimova. The ILO believes efforts to deal with the fast-worsening problem of heat should bring workers, businesses and states together in the kind of social dialogues used to tackle other labour challenges such as working hours or pay, she added.

As policy makers and bosses become aware of the need to tackle heat in the workplace, they should assess risks, put plans in place to lower risk and provide training, Flouris said. Practical measures include letting workers take more breaks to cool down, and providing fresh drinking water and loose, light-colored, breathable clothing. In some jobs, such as picking grapes or olives, mechanization of certain tasks can also relieve the strain.

Since 2016, Flouris has worked to develop an online platform called HEAT-SHIELD that offers employers and staff weather warnings of heat stress and personalized daily guidance on work schedules, including recommended breaks and water intake. The project has also produced infographics translated into different languages to raise awareness of heat risks to health and how to reduce them.

Flouris said the huge amount of data and evidence collected on the issue in the past decade should start to drive new policies and improve workplace practices in the next two years.

> Go back to News page